Artists, Writers and your Yarra: A Talk by Dr. Judith Buckrich

A source of inspiration for many, listen to Dr. Judith Buckrich and learn about how your Yarra has inspired writers and artists

Artists, Writers and your Yarra: A Talk by Dr. Judith Buckrich

Come and listen to Dr. Judith Buckrich and learn about the thematic history of your Yarra River. This event will impart the way artists and writers have been inspired by, and created work about, the river since European settlement. As well as an interpreted slide show of paintings and photographs the event will include short readings from journals and diaries of those living and exploring the river basin. The talk will include discussion of artists and writers who have lived on and near the river.

This is an online event, click here to secure your spot! 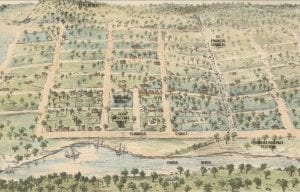 About your host: Dr. Judith Buckrich

Dr Judith Buckrich has a BEd in Drama and Media Studies from Rusden College (1977) and a PhD from the University of Melbourne (1997). Since 1991 she has written 13 histories and biographies of Melbourne people and places. She won a 2016 Victorian Community History Award for The Village of Ripponlea and the 2018 Fellowship of Australian Writers (Victoria) Award for non-fiction for Acland Street: the Grand Lady of St Kilda.

Since the 1970s Judith has written her own one woman shows, short stories, feature articles and essays. She worked as an editor and translator, taught writing at Deakin University, the Victorian Writers’ Centre and Melbourne University Union and curated exhibitions for the Royal Historical Society of Victoria, Museum of the Port of Melbourne and the Prahran Mechanics Institute Victorian History Library. Judith has several entries in Remembering Melbourne 1850-1960 and the Encyclopedia of Melbourne for which she was image researcher. She was President of the Melbourne Centre of PEN for 15 years and International Chair of the Women Writers Committee of PEN from 2003 to 2009. She is the President of the Prahran Mechanics Institute Victorian History Library since 2018.

Join us in working on the Yarra Strategic Plan and the refresh of the Healthy Waterways Strategy for the Yarra.